Difference between revisions of "Labashi-Marduk" 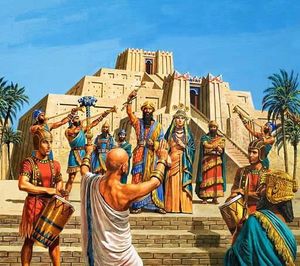 Chaldean King and Princess of Ur

Labashi-Marduk, was king of Babylon (556 BCE), and son of Neriglissar. Labashi-Marduk succeeded his father when still only a boy, after the latter's four-year reign. Most likely due to his very young age, he was deemed unfit to rule, and was murdered in a conspiracy only nine months after his inauguration. He is traditionally listed as a king of the Chaldean Dynasty, being, probably, the son of Neriglissar by his wife, who was the daughter of Nebuchadnezzar. Nabonidus was chosen next as the new king.