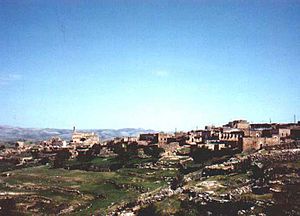 View of the village. 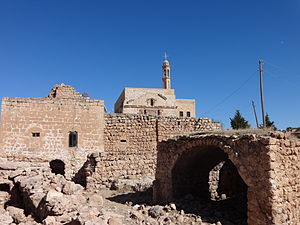 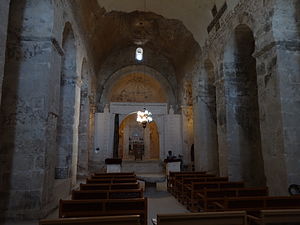 The Assyrian/Syriac village of Altıntaş (Classical Syriac: ܟܝܦܝܪܙܝ: Keferze) is located 15 kilometers northeast from Midyat, in the Mardin Province of Turkey. It has a population of 1,622 inhabitants, and Syriac, an Aramaic dialect, is spoken in the village. The church Mor Izozoel was established in 934 C.E. and is considered to be an example of ancient Assyrian architecture.

In 1855, Bishop Shemun wrote "The prince Asdin Shin Buqtoyo destroyed the Tur Abdin, along with our churches. They killed four ministers, monks and many Christians." Before the Assyrian Genocide, Keferze had about 600 Assyrian families and 300 Kurdish families. That was the last time Assyrians were a majority in the village.