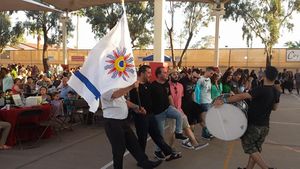 Chaldophobia (also known as anti-Chaldaic or anti-Chaldeanism) is prejudice against, hatred of, or intolerance towards Chaldeans as an ethnic, religious, or racial group. A person who holds such position is an anti-Chaldaic. Anti-Chaldeanism is widely considered to be a form of racism.

Although Chaldaic refers to the speakers of the Chaldean language (Babylonian Aramaic) the term was popularized in Iraq around the twentieth and twenty-first century. The term was most highlighted during the reign of Saddam Hussein (Ba’ath regime) as he refused to categorize Chaldeans as their own ethnicity, rather labeled them as ‘Arab Christians’.

Anti-Chaldeanism may be expressed in a variety of ways including: denying the Chaldean ethnicity, people and culture. In addition to slander and misrepresentation, Chaldophobia may also be used to define the deliberate denouncing of the Chaldean nation and/or race. 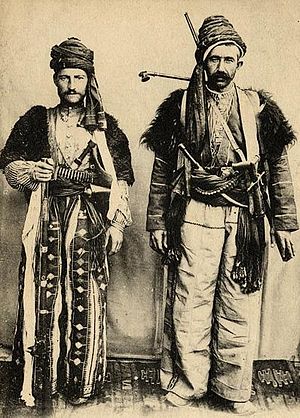 Chaldeans are native people of Mesopotamia. The term Chaldean is also noted in the Holy Bible of the Hebrew Ur Kasdim (according to long held Jewish tradition, the birthplace of Abraham in Chaldea) as meaning Ur of the Chaldees.[4]

The modern Chaldean Catholics are native Chaldeans of Mesopotamia [5] and originated from ancient Chaldean communities living in and indigenous to Iraq/Mesopotamia which was known as Chaldea from the 53rd century BC till today as Chaldean people continue to survive in Mesopotamia.