The following is a list of the kings of Babylonia (ancient southern-central Iraq), compiled from the traditional Babylonian king lists and modern archaeological findings. One of the most popular kings known of ruling Babylonia and having a very important code of rules and rights, is Hammurabi.

The Babylonian King List is a very specific ancient list of supposed Babylonian kings recorded in several ancient locations, and related to its predecessor, the Sumerian King List. As in the latter, contemporaneous dynasties are misleadingly listed as successive without comment.[citation needed]

There are three versions, which are known as "King List A"[1] (containing all the kings from the First Dynasty of Babylon to the Neo-Assyrian king Kandalanu), "King List B"[2] (containing only the two first dynasties), and "King List C"[3] (containing the first seven kings of the Second Dynasty of Isin). A fourth version was written in Greek by Berossus. The "Babylonian King List of the Hellenistic Age" is a continuation that mentions all the Seleucid kings from Alexander the Great to Demetrius II Nicator.[4] 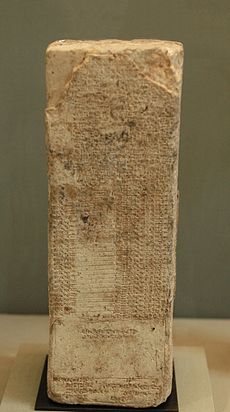 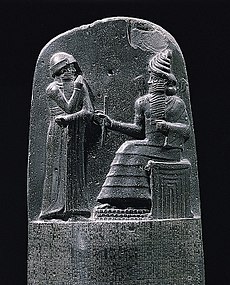 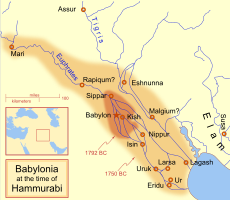 These rulers may not have ruled Babylonia itself for more than the briefest of periods, but rather the formerly Sumerian regions south of it. Nevertheless, it is often traditionally numbered the Second Dynasty of Babylon, and so is listed here.

This dynasty also did not actually rule Babylon, but their numbering scheme was continued by later Kassite Kings of Babylon, and so they are listed here. 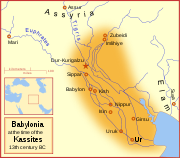 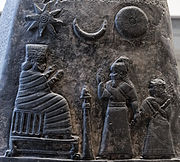 Dynasty IV of Babylon, from Isin

The name of the dynasty, BALA PA.ŠE, is a paronomasia on the term išinnu, “stalk,” written as PA.ŠE and is the only apparent reference to the actual city of Isin.[5] It is therefore also known as the Second Dynasty of Isin or Isin II. 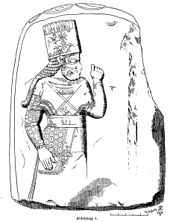 Known as the 2nd Sealand Dynasty, the evidence that this was a Kassite Dynasty is rather tenuous.[6]

Known as the Bīt-Bazi Dynasty after the region from where this minor Kassite clan drew its ancestry.[7]

This was an Elamite Dynasty. 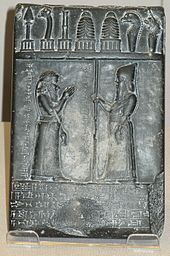 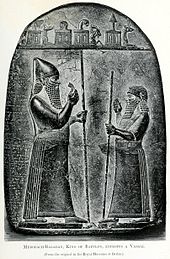 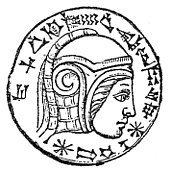 In 539 BC, Babylon was captured by Cyrus the Great. His son was later crowned formally as King of Babylonia. This list uses the Greek names of the Achaemenid Persian kings.

Use <references />, or <references group="..." />
Retrieved from "https://chaldeanwiki.com/index.php?title=List_of_kings_of_Babylon&oldid=4509"
Categories: